With the tagline, “Serving coffee, art, history and literature lovers on the World-Wide-Web since 1995” it’s not surprising that LucidCafe.com would become a popular website for coffee lovers.

Visitors to the site could find information about coffee culture and its history. It also had a Coffee Bookstore and Coffee Forums section where readers could interact.

One of the features that attracted visitors to the site was its quirky character featuring funny but thought-provoking quotes.

LucidCafe.com disappeared from the internet around May 2018. We took some time to find out what happened to the website. 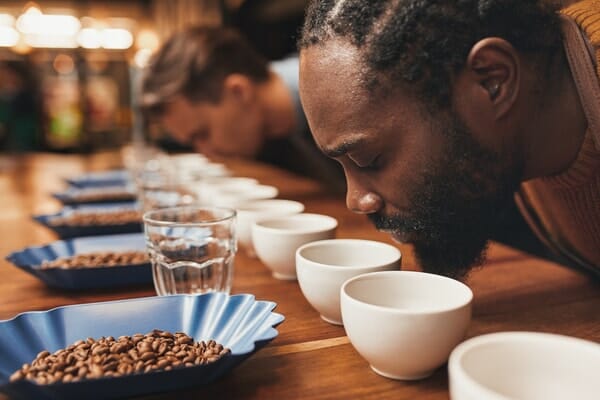 Lucide brainchild of coffee expert and writer, Kenneth Davids. Davids is a true coffee connoisseur. His relationship with coffee started in the early 1970s when he owned a coffee house in Berkeley, California (Source).

Davidson coffee in 1976. The book, entitled Coffee: A Guide to Buying, Brewing & enjoying, is considered to be one of the earliest modern books on the subject. The book would go on to sell over 250,000 copies. Its fifth edition was published in 2017 (Source).

Home Roasting: Romance and Revival, is another one of Davids’ successful publications. The volume is a celebration of home roasting; which has grown in the last few years from a niche to a mainstream trend. It aims to make roasting less of a mystery for the current generation of coffee lovers.

In 1996, Davids bagged the Specialty Coffee Association of America’s Special Achievement Award for Outstanding Contributions to Coffee Literature. His in-depth knowledge also landed him the position of Professor emeritus of Critical Studies at San Francisco’s California College of the Arts.

The most popular page on LucidCafe.com was probably its “About Coffee” page. It contained such attention-catching topics as: Coffee by Country; Fundamentals of Coffee, and How to Make Awesome Home Brewed Coffee.

Visitors to the About Coffee page could learn some fascinating facts such as that “botanical evidence indicates that Coffee Arabica originated on the plateaus of central Ethiopia.” (Source).

In explaining the odyssey of the bean, the section reports on how coffee beans spread around the world: “In about 1650 A.D. a Muslim pilgrim from India named Baba Budan was the first to sneak some seeds out of Arabia. He planted his stolen treasure in the hills near Chikmagalur in south India where they flourished” (Source).

Book Reviews: a Library of all Things Coffee

LucidCafe.com’s book review section was a library of all things to do with coffee. Visitors to the site could read book reviews. If they loved a particular book, they could order it from the site.

Some of the most interesting titles in the book section included the likes of the Bean Business Basics, a manual of 400 pages on how to operate a coffee retail business.

The book section also had insightful and easy to follow guidelines in the form of Home Coffee Roasting: Romance & Revival by Kenneth Davids. The Espresso Coffee, Professional Techniques by David C. Schomer, featured in this section, is referred to as the “baristas Bible” by David B. Dallis of New York’s Dallis Brother’s Cafe.

When LucidCafe.com promised that they were “Serving coffee, art, history and literature lovers on the World-Wide-Web since 1995”, they knew what they were talking about. The site’s Art Forum invited artists from across the world to showcase their work on the site’s Gallery.

The Gallery was an exhibition, a forum, a review, and a listing for the up-coming and seasoned artist. The array of artists featured in this Gallery were cosmopolitan. examples include Margaret Strother from New York City; Sue Loder from London, and Leon Engellen from Belgium. A wall of art is dedicated to art pieces by various artists on the site’s Gallery page.

If LucidCafe.com had its serious moments such as the books on the business of coffee, it also had its lighter moments with some quirky quotes.

One of the quotes is Paul Erdos famous, “A mathematician is a device for turning coffee into theorems.”

Andy Warhol challenges those who are waiting for things to change: “They say that time changes things, but you actually have to change them yourself.”

The website also contained Galileo Galilei’s famous quote: “I do not feel obliged to believe that the same God who has endowed us with sense, reason, and intellect has intended us to forgo their use.”

What then happened to Lucid Cafe?

It looks like the site stopped publishing in May 2018. There is hardly any information indicating whether the site changed names or if someone else bought it. It appears that someone simply stopped paying the hosting fee.

With LucidCafe.com gone, we searched the internet to find alternative websites. Below are three of the sites we found.

CoffeeReview.com Apparently, this site was established by LucidCafe’s very own Kenneth Davids and Ron Walters in 2007. According to the site, its mission is to “entertain and educate coffee drinkers, food service professionals, and the coffee trade.”

Metropolis Coffee: For a place to hang out, at least virtually, and learn more about coffee as a drink of choice, Metropolis Coffee is the site to visit. The website focuses on the business side of coffee.

CoffeeBean.com established in California in 1963, this site’s mission is “connecting loyal customers with carefully handcrafted products.”

NB: Article researched and written by the team at https://coffeegeek.tv/”>Coffeegeek.tv 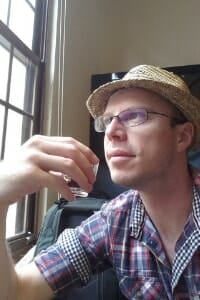