Confused about the difference between a latte, cappuccino, and macchiato? You’re not alone! Many coffee drinkers also find themselves perplexed by these seemingly similar espresso drinks.

While all three espresso-based drinks are made with espresso and steamed milk, some key differences set them apart.

In this article, we’ll explain the key differences between latte vs cappuccino vs macchiato, the 3 most popular coffee drinks that you should hear of the most when joining the coffee community.

Read on to learn the differences between these three milk-based coffee drinks, as well as which one might be perfect for your taste buds. We’ll also show you how exactly to recreate each espresso drink at home just like in your favorite local coffee shop.

What Is A Latte?

A latte, or caffè latte, is an espresso-based coffee drink that’s made with espresso and steamed milk.

To make a latte, steam milk and add it on top of the espresso shot to produce the signature creamy and lightly sweet milk-based coffees.

While latte drinks are typically served plain, they can also be flavored with syrups or spices. Some of the most popular flavorings include vanilla, caramel, and spices like cinnamon and pumpkin! (Can’t be a Sad Girl Autumn without a Pumpkin Spice Latte)

Whether you enjoy them plain or flavored, lattes are a delicious way to enjoy coffee, especially for those who find the espresso shot alone too strong and intense.

Lattes are typically served in taller, narrower cups than other espresso coffee drinks, though it’s also common to catch them in big ceramic cups.

This can be anything from a simple design made with steamed milk to an intricate 3D sculpture created with foam (this isn’t the norm, of course).

They can also be enjoyed hot or cold. So even in the hot hot summer, you can still cool down with a cup of iced latte.

It’s still unsure who invented the caffe latte and when.

But one thing for certain is that drinking coffee and milk together has been a part of the European cultures for a long time, at least since the 17th century.

There are many variations of this preparation method, domestically named Caffè e latte in Italian, Milchkaffee in Germany, and Café au lait in French.

And around the 1950s, the standard cafe-style latte espresso drink was reportedly invented by the Caffe Mediterraneum in Berkeley, California to make the imported coffee drink – espresso – easier to consume.

The drink has grown significantly in popularity since then, becoming the latte that we know of today.

However, keep in mind that “latte” means “milk” in Italian. If you order a cup of “latte” in an Italian coffee shop, you’ll most likely get served with a cup of hot milk.

And, in Italy, the caffe latte (directly translated to “coffee milk” is still considered a breakfast drink to be made and drunk at home, so you likely won’t see it on a café menu either.

Better stick to ordering a cup of cappuccino or macchiato instead (which I’ll address later!).

How To Make A Latte

For the classic American latte that’s served in most coffee shops, you need:

Don’t know how to make one? Check out our detailed guide to mastering espresso coffee at home.

As mentioned above, feel free to add sugar and spice and everything nice to the cup per your preference, be it cinnamon powder or flavored syrup.

You can also switch to non-dairy alternatives like almond and oat milk.

For the coffee lovers looking for the recipe for the traditional latte AKA milk coffee drink, here’s what you need:

Latte tastes like how you would expect it to be: milky coffee. The milk helps subdue the bitterness and intensity of espresso, and you end up with a velvety smooth and lightly sweet, and creamy cup of Joe.

What Is A Cappuccino?

A cappuccino is another type of espresso-based coffee drink. It’s originated in Italy and made with espresso, steamed milk, and frothed milk.

A cappuccino typically has a 1:2 – 1:4 ratio of espresso to milk. It has a very pronounced layer of microfoam on top, so many consider it a distinct layer as well.

The espresso is brewed first, then the steamed milk is added. Finally, the milk foam is added on top.

Cappuccino coffees are usually served in smaller ceramic mugs (5 – 6 oz/150 – 180 ml) (except for commercial coffee chains) and are often dusted with cocoa powder or cinnamon.

Check out these 9 best cappuccino cups if you’re looking for some beautiful porcelains to hold your delicious coffee!

Some specialty coffee shops may also serve cappuccinos in glass cups to show off the distinct layering effects of the espresso and steamed and frothed milk.

The word “cappuccino” comes from the Italian word for “hood” or “cap.” This is a reference to the similarity between the drink and the hoods worn by the monks and nuns who followed the Capuchin order. They have a brown color that the cappuccino drink shares a similarity with.

Overall, it’s a popular coffee menu item in most cafes and coffee shops.

Where Was The First Cappuccino Made?

The first cappuccino was invented in Italy around the beginning of the 1900s, soon after espresso machines became popular.

However, a similar preparation method had been around in Viennese coffee houses since the 1700s, known as “Kapuziner” (“Kapuzin” can be translated to the Capuchin order mentioned above).

The drink was described as “coffee with cream and sugar” in 1805.

So during the early times when cappuccino was invented, it was reportedly served in Viennese style, involving coffee and milk topped with whipped cream and cinnamon or chocolate.

Later on, after World War II, once espresso machines developed into a more mainstream product, the modern cappuccino was introduced with espresso, steamed milk, and milk foam.

How To Make A Cappuccino

To prepare this classic cafe-style specialty drink, you need:

Due to the very frothy microfoam, cappuccinos boast an incredible mouthfeel that envelops the drinker’s palate.

Despite the rather large amount of milk, you can still taste the boldness of espresso peaking through the natural sweetness and creaminess of the milk.

What Is A Macchiato?

A macchiato is also an espresso-based coffee drink. It is made of espresso coffee with a dash of steamed milk and milk foam on top.

The word “macchiato” means “marked” or “stained” in Italian. So “caffe macchiato” can be translated to “marked coffee”, referring to the way the milk stains the surface of the coffee.

Macchiatos are typically served in small cups, and they can be enjoyed as an afternoon pick-me-up or after-dinner treat.

While they are sometimes confused with cappuccinos or lattes, macchiatos are actually quite different. Cappuccinos are made with more milk and foam, while lattes have more steamed milk and less foam.

In contrast, macchiatos have a stronger coffee flavor and a more intense caffeine kick with just a hint of sweetness from the milk.

Where Did Macchiatos Come From?

It likely originated from Italy, though similar coffee drinks can also be found in other countries, such as the Portuguese café pingado which serves coffee with just a drop of milk.

There are also other coffee drinks that are variations of the Macchiato that go by the same name.

For example, the infamous Starbucks Caramel Macchiato was introduced in 1996 to celebrate the brand’s 25th anniversary.

And it features a cup of steamed milk stained with a shot or two of espresso (instead of the other way around).

This reverse drink can be referred to as a Latte Macchiato, as opposed to the Espresso Macchiato.

How To Make A Macchiato

Is A Macchiato Sweet?

With the traditional recipe I gave you, you can’t expect much sweetness from a macchiato. The strong espresso will still be the star of the show, backed up by the very light sweetness and creaminess of the dash of foamed milk.

But, if you add more additional sweeteners into the drink like commercial coffee chains are doing (cough Starbucks cough), then it will be very sugary.

Latte Vs Cappuccino Vs Macchiato

Okay, now let me summarize the differences between these 3 popular coffee drinks:

When steaming milk for the latte, the milk is only lightly steamed to create a microfoam with a smooth texture and very little air tucked in.

Cappuccino and macchiato, on the other hand, have an airier microfoam layer that’s textured with larger bubbles.

Now that you know how these popular drinks are different from each other, you can make a more informed decision at the coffee shop next time.

But I recommend giving them all a taste test to truly find your favorites!

What Is Better Cappuccino Or Macchiato?

Taste-wise, the macchiato definitely has a stronger coffee taste than cappuccino as it contains less steamed milk. Caffeine-wise, the strength difference depends on how much coffee is used for each drink. If they’re both made with a doppio, they should share the same amount of caffeine.

Which Is Stronger Cappuccino Or Latte?

Generally, when comparing cappuccino vs latte, cappuccinos are stronger because they contain less milk and more foam. Caffeine-wise, if they both share the same espresso base (1 or 2 shots), they should have the same caffeine content.

And, how much caffeine can you expect in each cup?

A single shot of espresso can have around 63 mg of caffeine, while a double shot can contain around 125 mg. 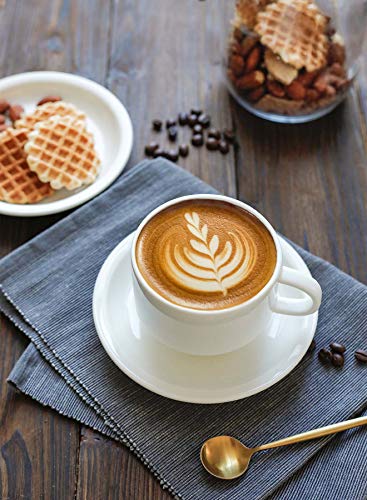 What Is The Difference Between A Latte And A Macchiato?

When comparing latte vs macchiato, you should know that the cafe latte can have a lot of milk. Its coffee-to-milk ratio can range from 1:2 to 1:6, so it’s much sweeter and creamier.

The macchiato only contains a dollop of milk. Its coffee-to-milk ratio can range from 4:1 to 9:1, so the espresso flavor dominates the coffee mug. 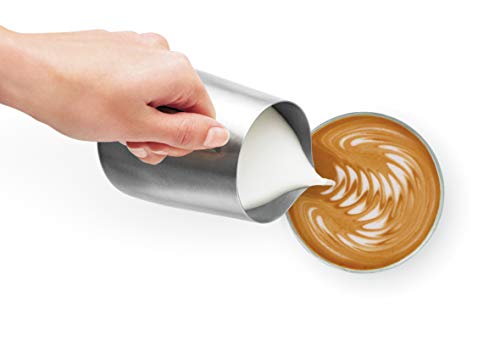 Another difference between latte vs macchiato is how the milk is prepared. Latte’s milk is only lightly steamed, while macchiato’s milk is more similar to that of cappuccino – foamy and airy. This affects both the espresso flavor and texture of the final cup.

Is Mocha A Cappuccino?

No, a mocha isn’t a cappuccino. ontains espresso, hot chocolate (or chocolate syrup), and steamed milk. Its common brewing ratio is 2:2:1.

Additional whipped cream or chocolate powder can be added on top for an extra touch of sweetness and chocolaty-ness.

When comparing cappuccino vs mocha, the most obvious difference is in the ingredients. 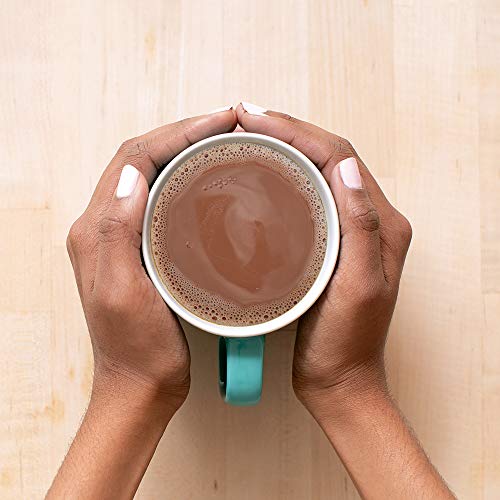 But the main stars of the mocha are the coffee and the hot chocolate, which share equal parts, while milk only contributes a little to the final drink.

This makes the mocha taste rather stronger than the cappuccino due to having a deep dark chocolate undertone and less milk.