Though a few words cannot express my appreciation for this simple yet fulfilling coffee brew, many words can.

For the sake of coffee enthusiasts out there, in this article, I will discuss an espresso drink called Ristretto for people who are looking for a different taste.

First things first, what is a Ristretto shot?

Ristretto is an Italian term for a short shot of espresso made with finely ground beans in less water, giving it a more intense flavor.

Now, what is “ristretto”, you ask? The word itself can be translated to “restrained” or “restricted” in English.

Other than the restriction of the amount of water used to dilute the brew, the extraction time for Ristretto is also shortened.

This allows only the highly soluble or fast extracting aromatic compounds to pass through, leaving all the bitterness and “hard-to-get” flavors behind.

It explains the higher concentration of flavor when you take a Ristretto shot.

Basically, the result is an espresso shot that is slightly sweeter, richer, and less caffeinated in comparison with other drinks.

In Ristretto, you can find a different balance in a smaller quantity, but definitely no less in coffee quality.

What is the difference between Espresso and Ristretto and Lungo?

In case you get confused, let’s set the record straight, shall we?

To begin with, before it’s known as a coffee drink, Espresso is a brewing method. It produces a small amount of coffee (a shot) full of caffeine by letting hot water run through ground coffee under high pressure. The act is called pulling a shot.

Since the process became so popular, it has become a broad term for coffee drinks using that method.

And, depending on the amount of water you add, the quality of the beans you use, as well as the time you extract, you can make a coffee beverage from more than one espresso method.

The common branches are: Ristretto, Normale and Lungo.

Normale, translated from Italian to “normal”, is the most popular type of technique used to craft your beloved Espresso shot.

The golden ratio for a single shot is around 7 grams of ground coffee per the standard 21 grams of hot water (1:3 brew ratio), extracted under high pressure in about 30 seconds.

This Espresso recipe has been crafted to perfection, taking you home with a charismatic roasted flavor and a caffeine kick to boot.

You have probably spotted the drink being served in every coffee shop, in its signature tiny little cup on top of a plate and a complimentary spoon.

In fact, that cup is espresso specifically made. It is called the demitasse cup, which is French for “half cup” in order to accompany the little amount of coffee.

You can easily find one at your local department stores or look around on online shopping sites like Amazon.

Other than that, the zinc espresso cup is a popular choice to serve espresso shots in as well, for coffee lovers looking for a glass alternative. 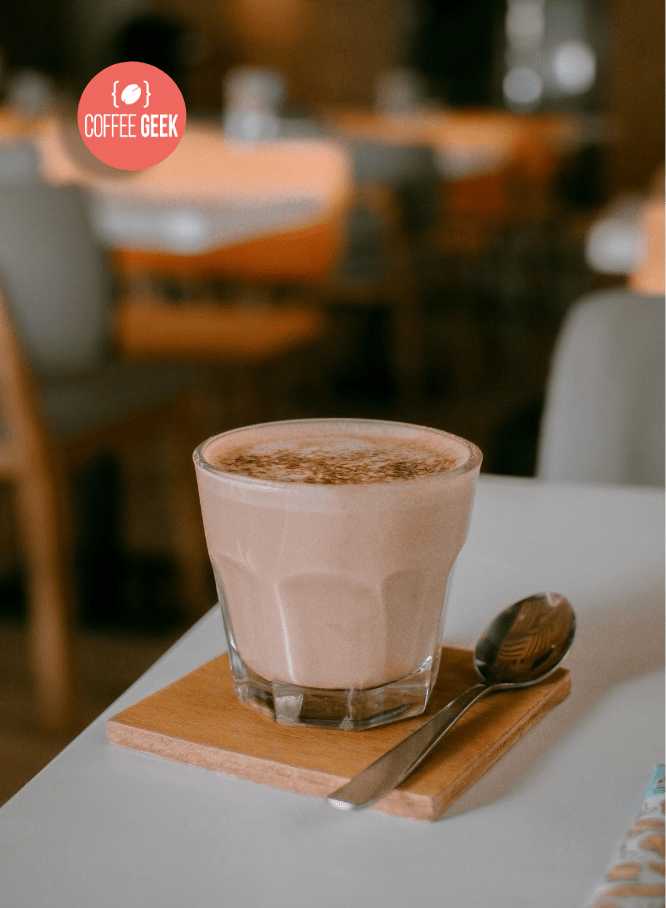 As previously mentioned, the amount of hot water and the extraction time is shortened when it comes to Ristretto.

The main difference between Espresso and this type of drink is, everything is cut by half in the latter’s case.

That means the same amount of beans produces only half the amount of coffee, which is definitely not a lot.

To tackle this, a cup of Ristretto is often served as double shots to fill a normal espresso cup.

To avoid over-extraction, the process is done twice separately.

While we’re at it, let’s take a look at Lungo.

Lungo, meaning “long” in English, is the total opposite of Ristretto.

While Ristretto seemingly lives up to the idiom “quality over quantity”, in the case of Lungo, one may say the brewing process leans more towards “the more the merrier”.

How come? Rather than being restricted, the amount of hot water here is doubled!

This dilutes the caffeine content in the drink even more than Espresso and Ristretto, as more water is filtered through the coffee grounds bed.

The extraction time, however, is not any “lunger” than that of an Espresso. It allows more intense and outstanding aromatic compounds to pass through.

Though most of them become diluted in the larger pool of water, the bitterness still manages to seep through.

That doesn’t mean the result is a weaker version of Espresso.

It has its own charm coming from the deeper and more intense notes of coffee extracted through the “lunger” pull.

Like Espresso and Ristretto, Lungo can be served in the aforementioned cups despite the differences in serving coffee volumes.

So, is Ristretto stronger than Espresso?

The short answer is yes.

The long answer is, it depends.

As you’ve read above, the main difference between an Espresso and a Ristretto shot is, the latter is not packed with as much caffeine content as the former.

So if you’re looking for an energy boost from coffee, the classic Espresso shot is the way to go.

However, flavor-wise, Ristretto is stronger. It is definitely a coffee menu worth exploring for its thicker and sweeter flavor, heightened by the sharp aromatic herbal and floral tones, while the traditionally bitter and chocolaty flavor is filtered.

How to make a Ristretto?

Is there a specific type of coffee bean you should go for?

Since the extraction time is so short and less water filters through, you can go easy with the quality of the coffee beans used to make a Ristretto shot.

Why? Because not all of the flavors concealed in the coffee make it through the 15-second pull.

Only the easy to woo components manage to pass, leaving the bitter rest, which may expose the coffee beans’ lower quality, behind.

It is still suggested that low acidity coffee or dark or medium roasted ones would be most suitable for Ristretto shots to avoid making the coffee beverage too sour.

Other than visiting a coffee shop, anyone can make a cup of Ristretto in the comfort of their own home using a trustworthy espresso machine.

If your espresso machine does not have a preset for Ristretto, take a look at the recipe below and whip yourself a coffee drink!

Does milk pair well with Ristretto?

Some people might be wondering whether one can add milk to Ristretto as they would to Espresso-based drinks. Absolutely!

Since it doesn’t contain much of the typical chocolaty bitterness that a Normale espresso carries, Ristretto helps elevate the sweetness in drinks that are generally more sugary.

For example, a flat white, latte, or cappuccino.

Ristretto is not a popular menu at coffee shops as not many people are aware of it.

Now that you do, next time, when you make (or order at a coffee shop) an espresso-based beverage, consider changing it up a little bit.

Use a shot or two of Espresso Ristretto instead of Espresso Normale. Pleasantry guaranteed!