If you want to get more serious with making coffee at home, the first step is to learn more about coffee beans.

You’ve probably heard the general guideline for buying coffee is picking 100% Arabica beans. But why? Why not other coffee? Are there other types of coffee? What about blends?

In this article, we’ll tackle all of those questions as we extensively explore the differences between Arabica vs Robusta coffee, the 2 most popular types of coffee being traded, brewed, and enjoyed by coffee drinkers around the world.

What Is Arabica Coffee?

Did you know that there can be as many as 100 different species of coffee plants on the planet? What a crazy number. Yet most casual coffee drinkers are only aware of one species within the vast Coffea genus – Arabica.

But, that’s understandable. Read on to find out why.

What is Arabica coffee made of? It comes from a type of plant called the Coffea Arabica plant, the most common type of coffee plant in the world. 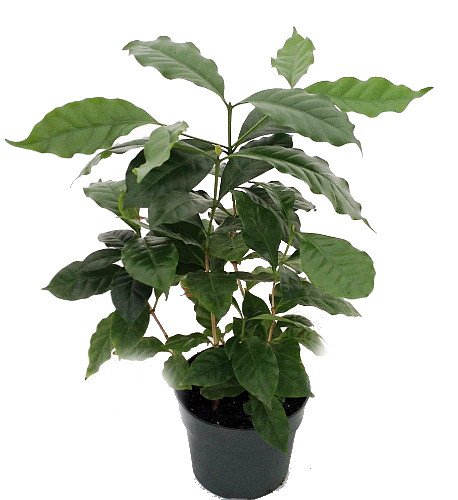 It’s the descendent of the “original” coffee trees, the first ever to have been discovered in Ethiopia back in 1,000 BC.

After the fortunate discovery, roughly around the 7th century, the first plants were cultivated in the Arabian Peninsula, which inspired the name for this special coffee species.

If you wish to learn more about the history of coffee, check out where coffee comes from.

And, since then, the coffee plants have gone on to contribute to roughly 70% of the entire world’s coffee production today.

Did you know what country produces the most Arabica beans? The answer is Brazil, the biggest producer contributing to more than a third of the coffee production worldwide. 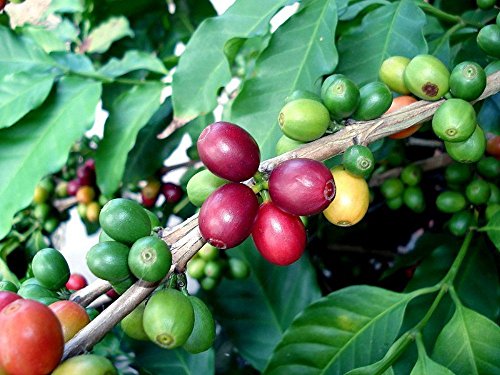 What Is So Special About Arabica Coffee?

Why is Arabica so popular? The answer lies in the following main factor: Mildly sweet and flavorful coffee brews with low caffeine.

If the summary isn’t what you’re here for, let’s get to the root. 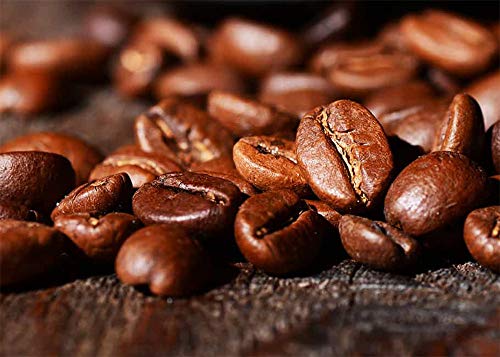 Generally, you can grow these plants anywhere. However, the good-quality Arabica beans tend to be cultivated on higher altitudes within the range of 2,000 to 6,000 feet (610 to 1,830 m).

Keep in mind that this is merely an approximation as the exact number may vary depending on the location’s proximity to the equator.

But, what matters the most in giving the beans a sweeter tone and no harsh flavor is the climate they grow in.

To get the mildly bitter taste (if any at all) that the coffee lovers adore so much, the Arabica plants have to be tended to in a mild climate, between 59 – 75 degrees Fahrenheit (15 – 23 degrees Celsius). So, despite the high altitudes, the temperatures should remain cool, not cold.

In addition, the trees also expect steady rainfall, around 60 inches (1,524 mm) a year, and a generous amount of shades.

And the result is the Arabica bean that’s so well-loved by the coffee aficionados that it’s deemed to be the superior type of coffee for not only its taste but also its market size.

What Is Arabica Coffee Used For?

To answer this question, I’ll only speak purely of its original purpose – making coffee.

You must have bought coffee beans before. You must have seen many coffee brands trying to promote their products by emphasizing that their beans are “100% Arabica”, which can usually be found right in the title or somewhere in the product description.

The superior Arabica flavor profiles with distinct chocolaty undertone and fruity notes make it work with many coffee brewing methods.

From a simple shot of espresso and classic drip to flavorful Pour-Overs, you can rely on Arabica.

However, its mildly sweet taste and lack of a bitter flavor may make some find it relatively lackluster when brewing cold and sweet drinks, like iced coffee, or milky and creamy espresso-based beverages.

What Is Robusta Coffee?

If you’ve been in the coffee world for a while, you must have heard of Robusta beans, the other of the two popular coffee species.

Coffea Robusta, or Coffea Canephora, makes up roughly the rest of the market, around 30%, which is why it’s so often compared to its cousin, Arabica (and the reason I’m writing this article).

Although Brazil also produces Robusta beans, Vietnam is the top producer in the market, accounting for over 40% of the global output. 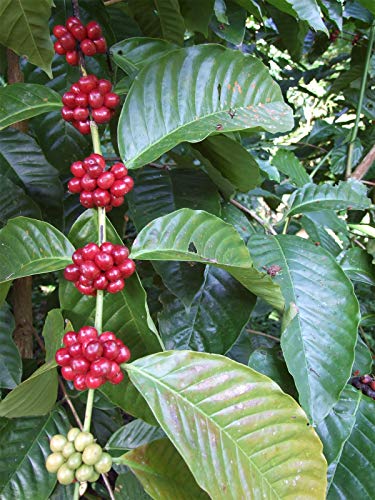 Why Is Robusta Coffee Bad?

Among Arabica and Robusta, since the former is considered to be the superior, the latter is labeled as the inferior coffee, not only because of its much lower market size but also because of its (often) less than desirable grainy and bitter taste with earthy tones.

It also has pretty high caffeine content, making it more intense and less stomach-easing than most would prefer.

A Robusta coffee plant is pretty easy to grow as it’s pretty resistant to diseases and heat.

So it can be cultivated in much lower altitudes where the climates are warmer with temperatures ranging around 75 – 85 degrees Fahrenheit (24 – 29 degrees Celsius). And much like Arabica, Robusta plants also need bountiful rainfall to thrive.

Those factors have contributed to the distinctly bold flavor notes that Robusta beans are known for.

What Is Robusta Coffee Used For?

So, is Robusta coffee any good? Why do people drink Robusta if it’s “inferior”? Yes, if done right, it can taste good.

Traditionally, espresso is brewed with espresso blends containing both Arabica and Robusta beans.

As I’ve mentioned above, some find the sweeter taste of Arabica to be duller when paired with sweet ingredients like milk and cream.

Imagine eating a piece of watermelon after having candy. Wouldn’t the taste of the watermelon be less distinct?

And here’s where the Robusta bean has the advantage. Its bolder, grainier, and earthier flavors help elevate the kick of iced and sweet drinks in your taste buds.

Therefore, the traditional espresso calls for an Arabica – Robusta blend for a balance in flavor and body and make it work extremely well when making espresso-based beverages.

But, keep in mind that the Arabica and Robusta coffee blend still contains mainly the former (around 80%).

Countries with high Robusta production have also figured out their own twist, such as Vietnamese coffee from the top producer of this bean.

And, much like Arabica, the Coffea Canephora plant can be cultivated in different conditions to produce a different quality.

There are cheaper coffees made for instant coffee, but there are also more premium kinds grown under strict conditions to produce a sweeter taste for making specialty coffee.

Arabica vs Robusta Beans – What Is The Difference Between Robusta And Arabica Coffee?

How Can You Tell Robusta From Arabica?

According to the National Coffee Association USA [NCA], the Robusta bean is a bit rounder and smaller, while the Arabica is flatter and more elongated.

Taste-wise, as I’ve repeatedly mentioned, the former is grainier and more bitter and the latter is sweeter and milder.

Which Is Healthier – Robusta Or Arabica?

According to the NCA, Robusta has around 50 – 60% more caffeine compared to its cousin. If you don’t want to drink decaf coffee but looking for something less caffeinated, opting for Arabica beans should be a good start.

The extra caffeine may also more likely trigger GERD symptoms, so if you have a sensitive stomach, choose the A-team or check out my list of low-acid coffee beans.

If you’re drinking coffee for the antioxidant quality, Robusta in fact contains nearly double the amount of Chlorogenic Acid of its cousin.

This tastes rather bitter, similar to caffeine, which partially answers why Robusta makes more bitter coffee that might not suit your personal taste.

Between the two coffee species, Robusta has a lot less sugar content/acidity than Arabica. The latter tastes a lot more vibrant and bright compared to its earthier and tamed cousin.

Which Is More Expensive – Arabica Or Robusta?

Despite the success in commercial coffee consumption, little does a casual coffee lover know, Arabica coffee beans aren’t the easiest to produce.

Compared to the hearty Robusta, it’s a lot more prone to diseases and chain-action outbreaks, driving the production cost up.

So your favorite Arabica is more expensive due to both its superior quality and more costly production.

Wrapping Up Arabica vs Robusta

Be it Arabica or Robusta, they both have their appeal and can taste amazing when done right. And, if you want to be a coffee expert, experimenting with different beans and brewing methods should be a given.